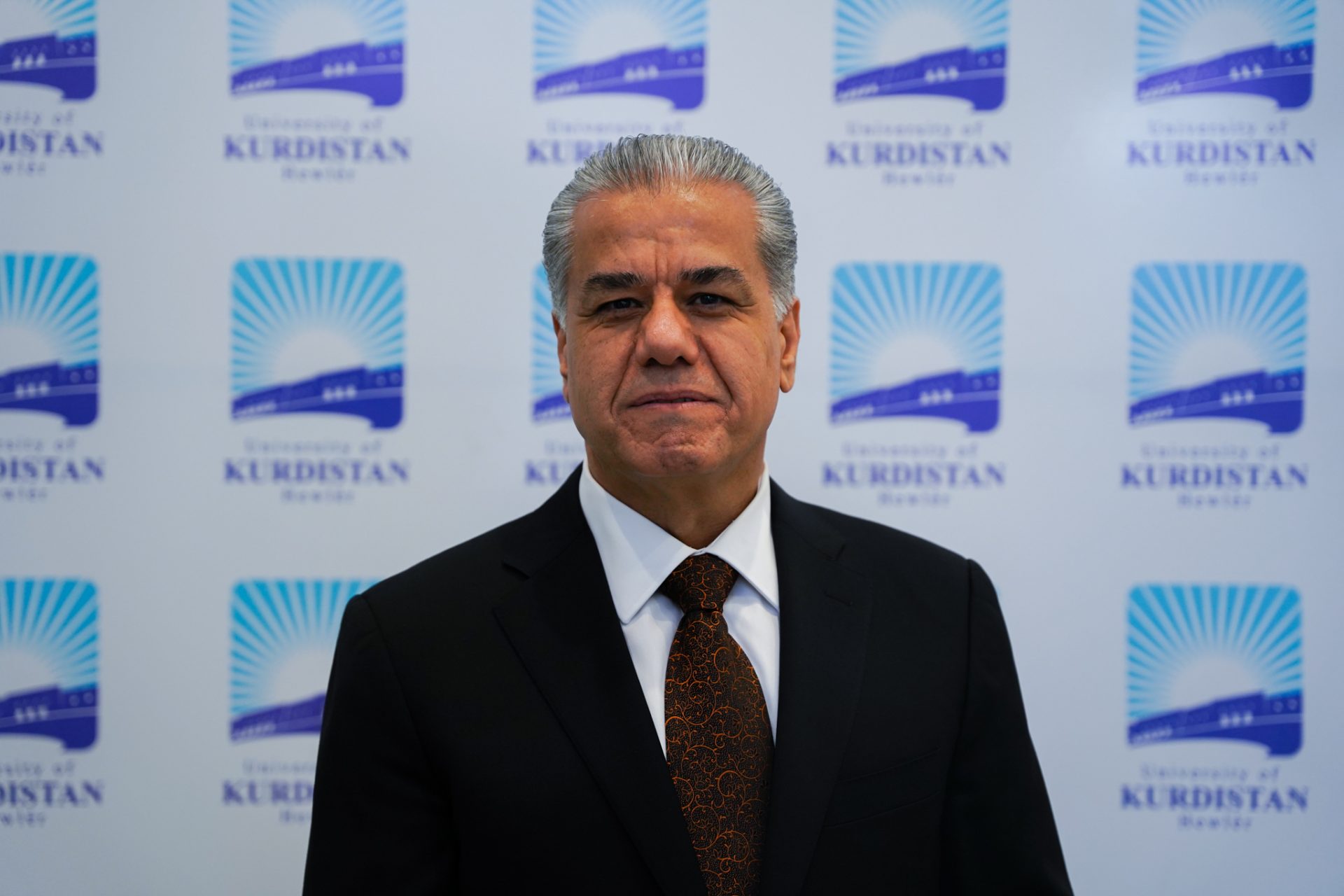 Falah Mustafa Bakir was appointed as Senior Foreign Policy Advisor to President of Kurdistan Region of Iraq from August 2019, with a Ministerial Rank.

Previously, he served as the first Head of the Kurdistan Regional Government (KRG) Department of Foreign Relations (DFR) in September 2006, tasked with administering KRG foreign policy and bolstering the Region’s relations with the international community for the government’s fifth cabinet. He was reappointed as the Head of the Department in each successive cabinet including the eighth cabinet in June 2014, and continued to serve until July 2019.

Minister Bakir’s vision, dedication, and passion to serve the people and the government of Kurdistan have paved the way for a successful Department and rapidly expanding relations between the KRG and foreign governments.

The Minister previously served as the KRG’s liaison officer to the Coalition Provisional Authority (CPA) in 2003 and to the Multi-National Forces’ Korean Contingent stationed in Erbil in 2004. He was a Senior Adviser to the KRG Prime Minister from 2002 until 2004, when he was appointed Minister of State. Earlier in his career, Minister Bakir was the KRG Deputy Minister of Agriculture & Irrigation, from 1999 to 2002.

The Minister travelled frequently and regularly represented Kurdistan at regional and international events and conferences, and actively promoted political and economic ties with diplomats and businesspeople around the world.

At the same time, Minister Bakir promoted and encouraged cultural and educational exchange programs, scholarships, capacity-building and Human Resources Development programs designed to benefit Kurdistan’s youth. He also played an important role in promoting business and investment, youth and women empowerment programs. He regularly provided insight and analysis about the Kurdistan Region and its policies to journalists, researchers, think tanks, and postgraduate students. Furthermore, from 2002 to 2004 he taught in the English Language Department of College of Education at Salahaddin University on voluntary bases.

He is fully fluent in Kurdish, English and Arabic.  He lives with his wife and their four children in Erbil. He enjoys Kurdish music, fine art, and sports.